ConPunks - “Write the story, be part of digital art history”

ConPunks are NFTs on the Conflux blockchain. Each of these 10,000 ConPunks has attributes that make them unique according to a defined rarity system.

The ConPunks are 24x24 pixel art images, generated algorithmically. Most are punky-looking
guys and girls, but there are a few rarer types mixed in: Apes, Zombies, and even the odd Alien.

In the interest of fairness and to give everyone the chance to own one (or more) ConPunks, the purchase is made on a random basis.

The identity of the ConPunks will remain a mystery until your purchase is completed. No first-come,
first-serve, everyone can have a chance to get a ConPunks Zombie or a ConPunks Ape.

The ConPunks obtained are visible on our interface and will be exchangeable on our social networks or on our marketplace. You can get as many ConPunks as you want but once the 10,000 are sold it will be too late to get one at mint cost.

The Name Change Token (NCT) is the native token of the ConPunks. The NCT serves only one single purpose: It allows its holder to give their ConPunks is a unique name that is permanently stored and publicly visible on the Conflux. Thus, commoditizing the name itself and making
it the rarest of all attributes within the entire project. This opens up a whole new dimension for collectibles where the value hierarchy of the individual pieces of the whole collective art is highly impacted by the preferences of the consumers.

If you own ConPunks, you can claim the NCTs that are accumulated by the NFT. Each NFT accumulates around 3000 NCTs per 300 days If you participate in the initial contribution period, you receive an additional 1600 NCTs. To change the name of an NFT, you need to send 1600 NCTs (about ½ years of NFT emission) to the ConPunks contract and burn them. 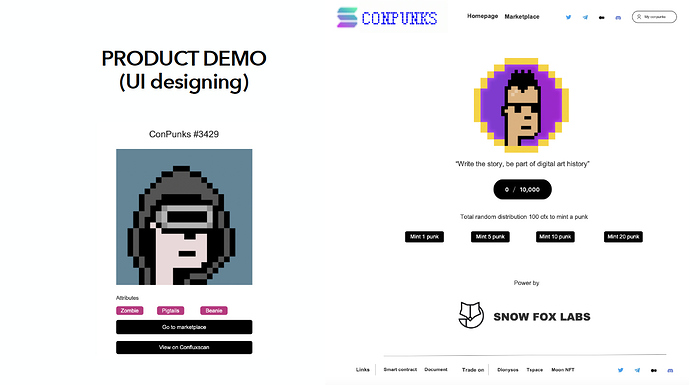 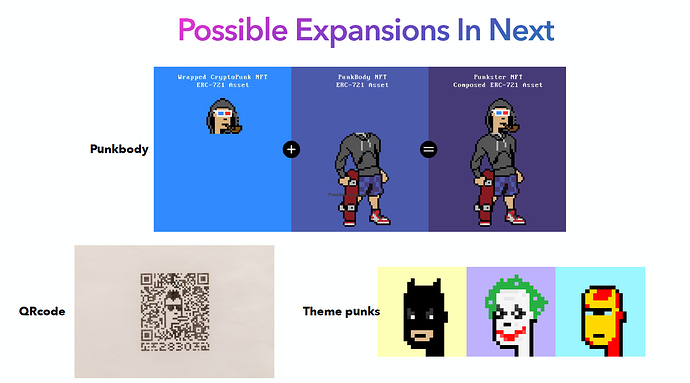 Hi Guys, what will be the minting price of a ConPunk ?

Cool, good to know that the project will be as decentralized as possible and the NFT jpegs still exist in the future

This could be indeed a great showcase for Conflux.

By any chance will you need a source of randomness for generating uniqueness or assigning random traits to the punks?

We recently integrated the Witnet oracle into Conflux, and we’re now exploring to also bring Random Number Generation (RNG) functionality. Would that be interesting to you? We’d be happy to help!

Your project will deploy on the end of this month!!! Does there have any bonus for our Chinese crypto fans?

Hi @Aria_Miller thanks for your application!

Can you please provide more information on your team, the total grant amount and your development roadmap?

Please see the application template (specifically the development roadmap section) for details on information that is required in your application: Grant Proposal Application - Template

Thanks for your application! After our review the GOC has decided to not approve your grant proposal.

In the future we welcome you to apply again for a new grant with a focus on deploying original and unique NFT collections to Conflux.