Initially, the Engenhoca Arteira collection will have 30 abstract animations, in GIF animated format, that will be generated by computer algorithms. Cellular automaton bi-dimensional and procedural algorithms will be used to build images in Unity 3D. Then, the images will be used in video-editing programs to create animations.

A bi-dimensional cellular automaton consists in a cellular grid where each grid has a finite number of states and, over time, cells change those states according to some rules. A cellular grid when time is zero is called initial state (time t=0). For example, in figure 1 we have an initial state of the bi-dimensional cellular automaton with two states, with white and black cells that represent dead and alive cells, respectively.

All cells around a cell are called neighborhood. As time passes by (growing t+1), a new generation of cells are created from their own states and the state of its neighbors. Figure 2 shows the result of a cellular automaton called Game of Life.

In order to create the images, first it is necessary to set the cellular automaton, choosing a number of states and the colors which will represent them, defining their rules and setting the initial state of the cell grid. This configuration can be done by procedural algorithms or manually.

When the automaton starts, all new generations are saved as images and, after some iterations, the procedure ends, and those images will be used in video editors to create GIFs. A flowchart of the image creation by the automaton is described in figure 3. 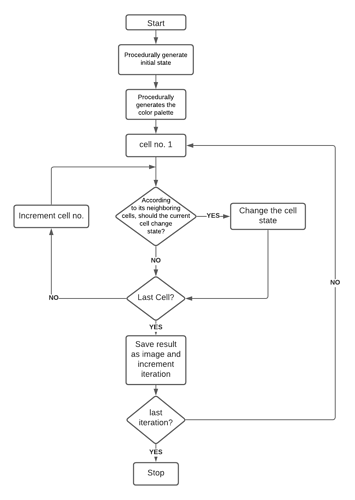 Figure 4 illustrates the initial state of a cellular automaton with eight states, each one represented by a color (state zero is white, one is black, two is red, three is blue, four is green, five is yellow, six is pink and seven is light blue). In each subsequent generation, if a cell has a neighbor cell which state is its successor, the cell is consumed and assumes the next state. Figure 5 shows the result of the automaton at the end of some generations. 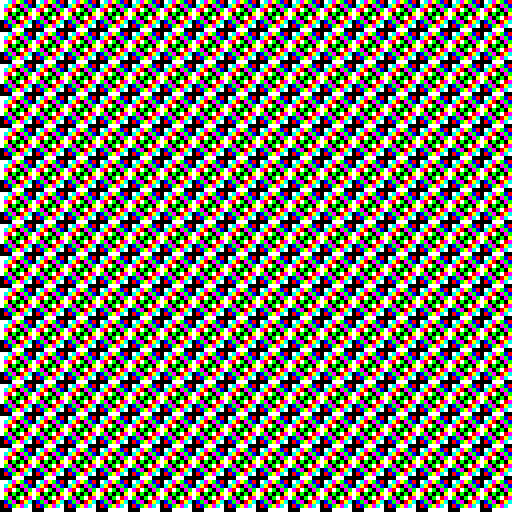 This is awesome @isaaclopinho! Super cool

Will it be open source or not? And perhaps we need more details about the milestones. It’s quite easy to create several social media channels without acceptance standards.

Suggestion: you may provide a more detailed future plan, how to use this NFT, and it is better to show your operational promotion capabilities