2.1. Project title and description of the project.

2.2. Why does Triangle need Triangle-Exchange?

For Stablecoin Lending Protocol–TriAngle DAO, AUSD is the most essential part. The users can borrow AUSD by depositing their CFX, therefore using AUSD to buy any assets such as TAD or CFX. However, most of the Swaps based on Uniswap V2 will distribute liquidity within the range of (0, ∞）, which makes it unsuitable for swapping the stablecoin. Therefore, the TriAngle team designed an AMM Protocol with low slippage for stablecoins–TriAngle Exchange. 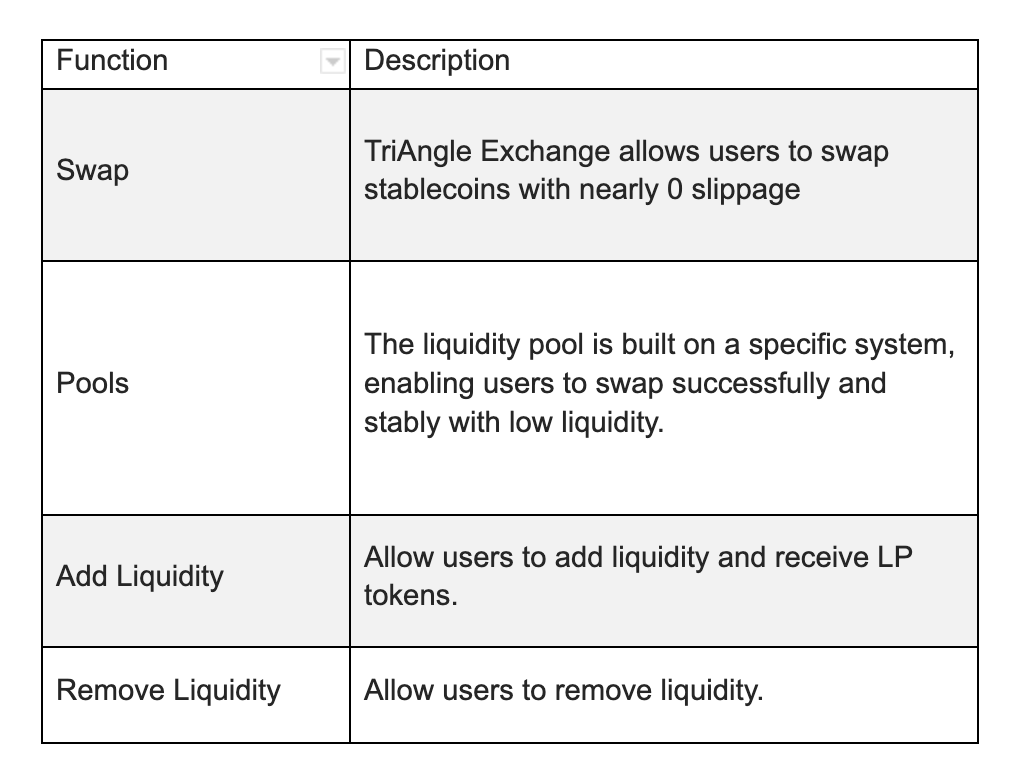 2.4. Objectives and success criteria of the project

We hope TriAngle Exchange to empower the AUSD and TAD ecosystem and become the most essential application in the Conflux Espace, to be more specific:

Triangle exchange is an exchange protocol for stablecoins (AUSD/USDC, Cfx/xCFX) with low slippage and protection against anchor breakage. The purpose of Triangle-exchange is to use a constant and 1:1 exchange rate within the range Beta centered on A by referencing the price from the oracle without generating slippage; when out of range, it will yield slippage and no longer anchor 1:1; when the imbalance increases, the transaction will be halted at a certain level and protect the asset that pooled in the liquidity pool. 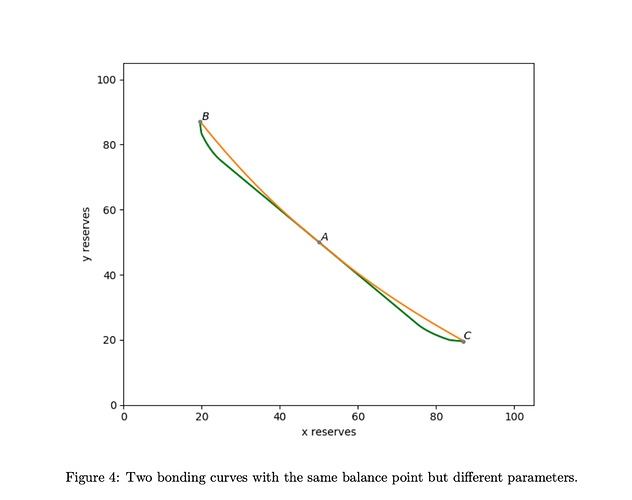 The Triangle-Exchange algorithm is essentially a segmentation function around the oracle offered price feed , divided into three segments: 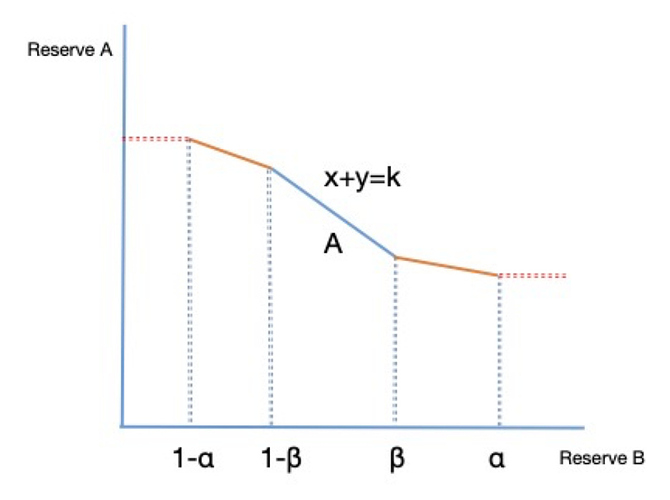 1. Constant swap within the range of β

2. slippage occurs when exceeding the range of β

Once exceeding the range of β, the rate of increase in price slippage (elasticity) is determined by the parameter ∆. The higher the value ∆, the faster the increase in slippage.

3. Protection against the collapse of a stablecoin

There are 3 parts of fee in Triangle-swap

According to the mechanism of Triangle, when the price of AU/USD is higher than 110%, it can be maintained by arbitrage to return AU/USD ratio to 1:1 and vice versa.
We also designed the parameters cleverly so that the liquidity is concentrated in the normal range. If the price is higher or lower than the predetermined range, the slippage will rise because of the lack of liquidity, but at the same time, it also gives the arbitrageurs higher profits.
The core idea: is to make liquidity more concentrated in the range where arbitrage is not needed while making arbitrage opportunities more profitable.
However, in practice, this is not possible in real life due to the liquidity pool constraint. So, we want to combine the properties of TriangleDAO arbitrage to concentrate the liquidity between a fixed interval, the ratios on this interval, and the liquidity pool all in accordance with the x + y = k curve.

Once the fixed interval is exceeded, the remaining liquidity will be allocated to the price range other than β , which means that there will be high slippage once it is exceeded, and at the same time the arbitrageur can have better arbitrage profits. 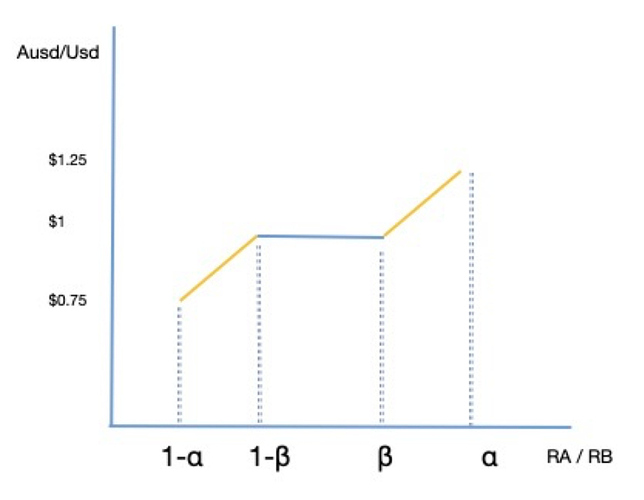 The Triangle team realizes the importance of liquidity for the Ausd, and also realized the drawbacks of dumping after mining, that’s why we need a systematic and sound liquidity management solution. We hope to introduce POL (protocol own liquidity) and PCL (protocol control liquidity) to manage liquidity through our next project, Triangle-Liquidity.

Tips: Smart Order Router, or SOR, is an off-chain linear optimization of routing orders across pools for best price execution.

This part of the functionality will be developed in L3. Github repositories are required for the delivery of your project, including test suites (e.g. integration tests if applicable), and will guide you on how to run the project.

Hi what is XCFX?

Thanks for submitting your application @0xTriangle! Just a few follow up questions:

Thanks for all your questions, Geoff!

Other members and part-time members are working in TriangleDAO V2 and Triangle-Liquidity Protocol.

XCFX is issued by staking derivative protocol, like rToken in Stafi (https://www.stafi.io/).