Users need to use the new version of Fluent Wallet to use the functions described in this article. Currently the latest version is v2.2. 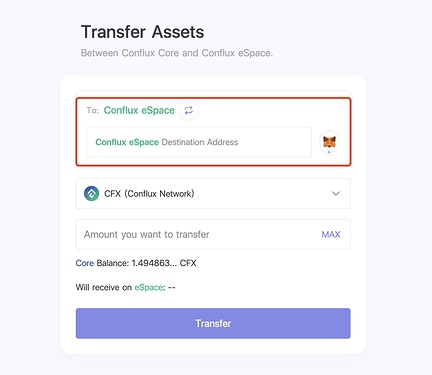 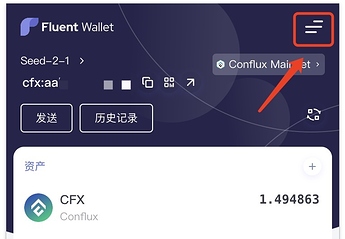 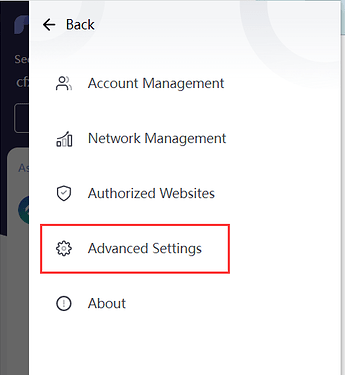 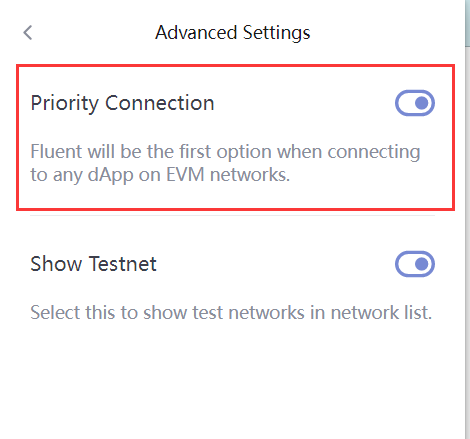 Then refresh the page, the original icon of Metamask switched to Fluent. Users can now conduct cross-space operations between Core and eSpace only by connecting Fluent Wallet. 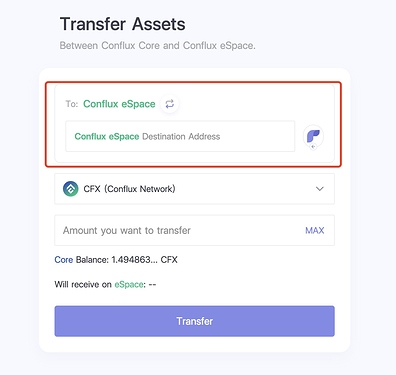 After turning on “Priority Connection”, Fluent Wallet will also pop up first when connecting other DApps of Ethereum. Since the current version of Fluent Wallet isn’t completely ready for Ethereum (which is supposed to be better after v2.3), users should decide whether to turn on the “preferential connection” settings after consideration.