Access https://governance.confluxnetwork.org/en/ in the browser and connect your Fluent Wallet (using the Conflux Hydra).

Choose the staking CFX amount (at least 1000). Then click “Stake”. This action needs to be confirmed in the Fluent.

Then, copy-paste and run the following command:

Then paste the data field above to “Full node data”, and enter the votes you would like to lock (1000 CFX for 1 vote). Confirm in the Fluent. 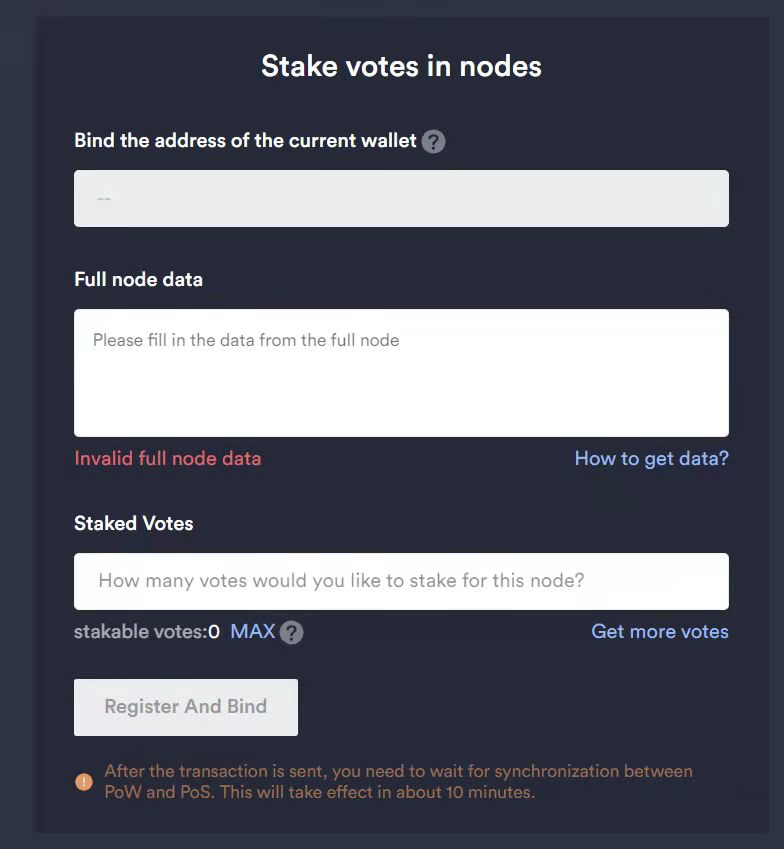 To prevent forceRetired when your PoS voting node restarts, it is recommended to perform the following operations: