The existing base staking rate is 4%, and the PoS staking reward is added to this with a plus factor. Let x=CFX total circulation / CFX total staking, and the additional coefficient be √x.

Notice 1: Some operations may cause your pending staking token to be permanently locked, including but not limited to:

Notice 2: Some operations may cause your staking token to automatically enter the unlocking state, including but not limited to:1. After being selected into the PoS Committee, fail to bear the responsibility of a committee member to vote for the PoS block for over one epoch (about one hour) due to the program abort, network failure, malicious attack, or other reasons.
Note: In this case, when all staking is completely unlocked, the PoS address will return to normal.

Notice 3: Some operations may result in not getting any rewards, including but not limited to:1. Fail to launch the PoS node or connect to the PoS network.

This file has been truncated. show original

PoW blockchain networks are prone to 51% attacks in their early stages when the hash rate is low, especially when large amounts of cloud computing power are available at low costs. ETC, Grin, and Verge have all encountered 51% attacks in the past year. To prevent potential 51% attacks, Conflux Network will implement an independent PoS chain. Participants in the PoS consensus will sign the pivot block of the Tree-Graph in regular intervals. The pivot block with enough signatures is included in t…

What is CIP-43 doing? Technical Support

First of all, thanks to the Conflux community for noticing the CIP-43 proposal. I found that all the relevant discussions were expecting an official explanation. As an author of CIP-43, I am going to explain this proposal. In this post, I will only summarize the job of CIP-43. As for the reason why PoS finality is introduced, you can refer to it here. 1. What is CIP-43 doing? CIP-43 introduces a PoS chain as the witness chain to prevent 51% attacks. 2. Will Conflux become a PoS chain after CIP…


Why introducing PoS to Conflux

中文原稿：Conflux PoS Hardfork 升级概述 This document is to introduce Conflux PoS Finality without practical details. It is to help readers understand PoS in general, and it is essential for reading other technical documents. There might be a 51% attack problem in the early stage of a PoW chain when the hashing power is low. This became an even more significant issue when hashpower rental platforms emerged along with the development of public blockchains. Ethereum Classic, Grin, and Verge have all be… 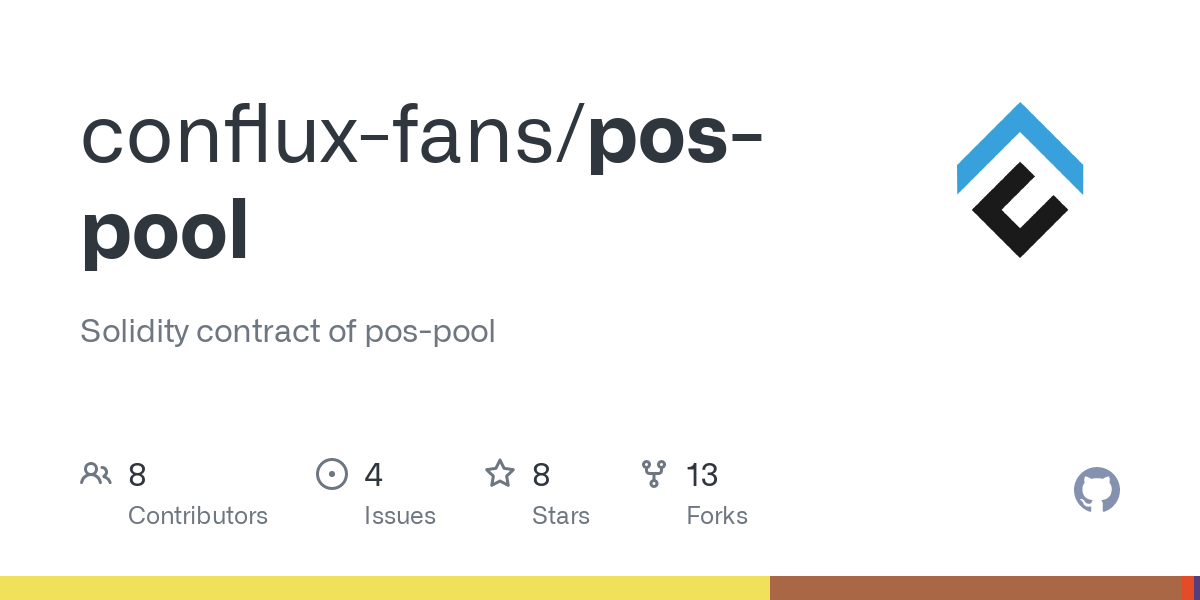 Solidity contract of pos-pool. Contribute to conflux-fans/pos-pool development by creating an account on GitHub.